Today I'm focusing on the Covered Bridges of Bucks County. You can tour them by car or bike. And when the leaves are changing, it's a beautiful trip. Margaret and I drove the route in October of 1990.

Pennsylvania has more covered bridges than any other state. There are 12 covered bridges remaining in Bucks County. The tours are planned so you can begin and end at any of the bridges and make a loop. Most start at the Memorial Building in Washington Crossing State Park.

6. Uhlerstown - built in 1832, 101 feet long, the only covered bridge to cross the Delaware Canal (This is closed during the winter months. It opens April 1 as a one-way road. All traffic must turn around and head back to River Road during the winter).

12. Schofield - built in 1873, burned down in 1991, rebuilt 6 years later, 150 feet long, the longest in Bucks County, open to equestrian and foot traffic only, crosses the Neshaminy Creek in Tyler State Park

And back to Van Sant

There's plenty of gorgeous scenery along the way. 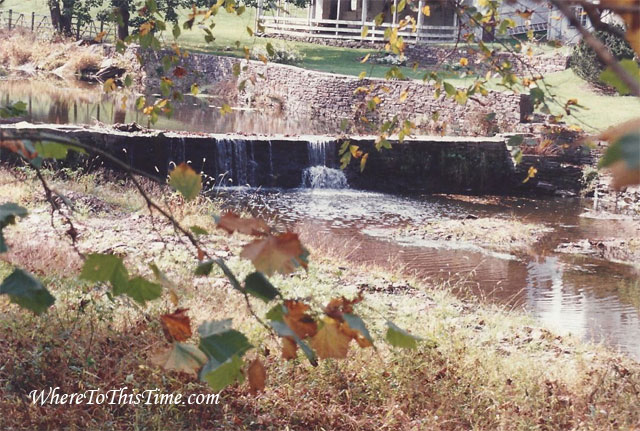 Here are some links to more information, maps, and directions for planning your bridge tour:


And for more covered bridges in America, check out some of these links:

Click here to shop our Amazon Store for the latest in photography equipment, travel gadgets, books, and even search for items you regularly purchase.